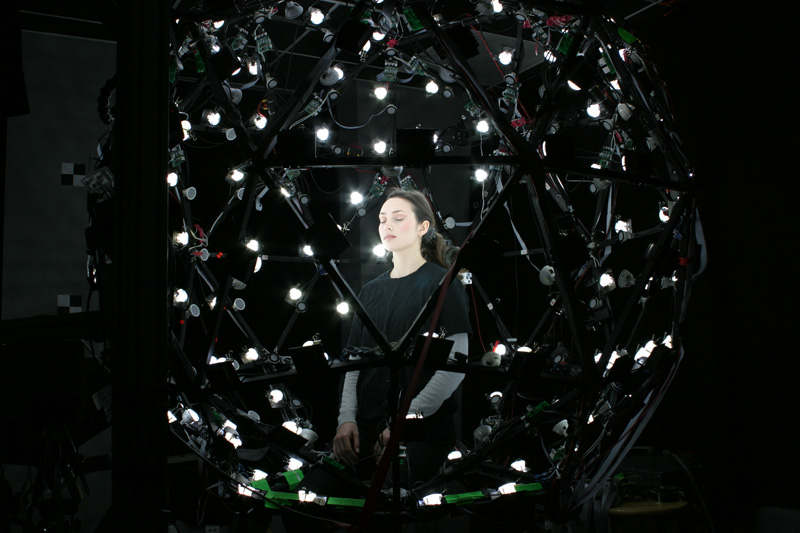 Dr. Paul Debevec and collaborators from the USC Institute for Creative Technologies and USC Viterbi School of Engineering created the Light Stages to make believable digital doubles for movies, television, video games and immersive simulations by capturing and simulating how objects and people reflect any possible lighting.

The Light Stages have been used to create photo-real digital actors in films such as “Spider-Man 2,” “The Curious Case of Benjamin Button,” “Avatar,” “The Avengers,” “Maleficent,” “Furious 7,” and “The Jungle Book.” In 2014, Debevec and his lab members built and transported a mobile Light Stage system to the White House to scan President Barack Obama for a Smithsonian Institution-led project to create a 3-D presidential portrait, the first such model created of a head of state.

Through the USC Stevens Center for Innovation, the Light Stage technologies were licensed to OTOY, a Burbank-based company that offers commercial scanning services to the motion picture and interactive entertainment industries.

Based on original research led by Dr. Debevec and published at the 2000 SIGGRAPH conference, the Light Stage systems efficiently capture how an actor’s face appears when lit from every possible lighting direction. From this captured imagery, specialized algorithms create realistic virtual renditions of the actor in the illumination of any location or set, faithfully reproducing the color, texture, shine, shading and translucency of the actor’s skin at a resolution better than a tenth of a millimeter.