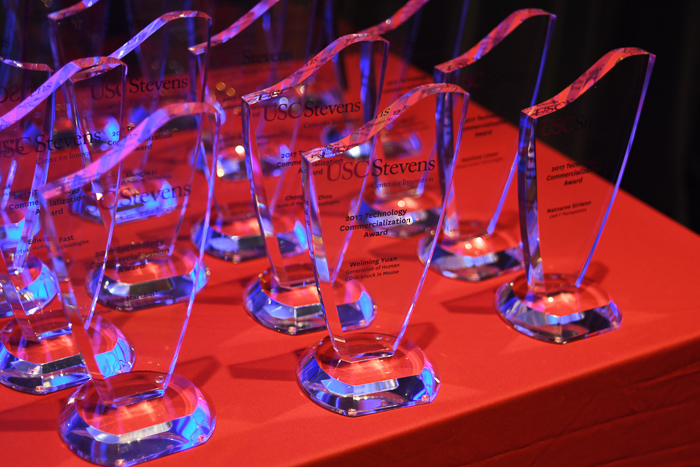 Each spring for the past several years the USC Stevens Center for Innovation has hosted a reception to celebrate inventors at the University of Southern California. Researchers whose technology was licensed for the first time during the previous calendar year received a lucite award to recognize their achievement.

In addition, researchers who were named on a U.S. Patent that was issued during the previous calendar year are inducted into the USC Chapter of the National Academy of Inventors. The USC Chapter of the NAI was launched in 2017 and, with more than 320 members, is now one of the largest in the United States.

Unfortunately, due to the current situation we are unable to host an in-person event. Instead, Executive Director Jennifer Dyer sent emails on May 12 to congratulate researchers on their achievements.

“While we aren’t able to hold an in-person event, we want to recognize USC inventors and the technologies that were licensed or patented in 2020,” said Dyer.

A list of the 25 USC Stevens Technology Commercialization Award winners is below. It is followed by a list of this year’s inductees into the USC Chapter of the National Academy of Inventors. Each list is sorted by inventor school.

Keck School of Medicine of USC

Inductee Into the USC Chapter of the National Academy of Inventors

In addition, 65 researchers who are already members of the USC NAI Chapter were awarded an additional patent in 2020. USC is also home to 21 NAI Fellows, a program that the NAI established “…to highlight academic inventors who have demonstrated a prolific spirit of innovation in creating or facilitating outstanding inventions that have made a tangible impact on quality of life, economic development and the welfare of society. Election to NAI Fellow status is the highest professional distinction accorded solely to academic inventors.”