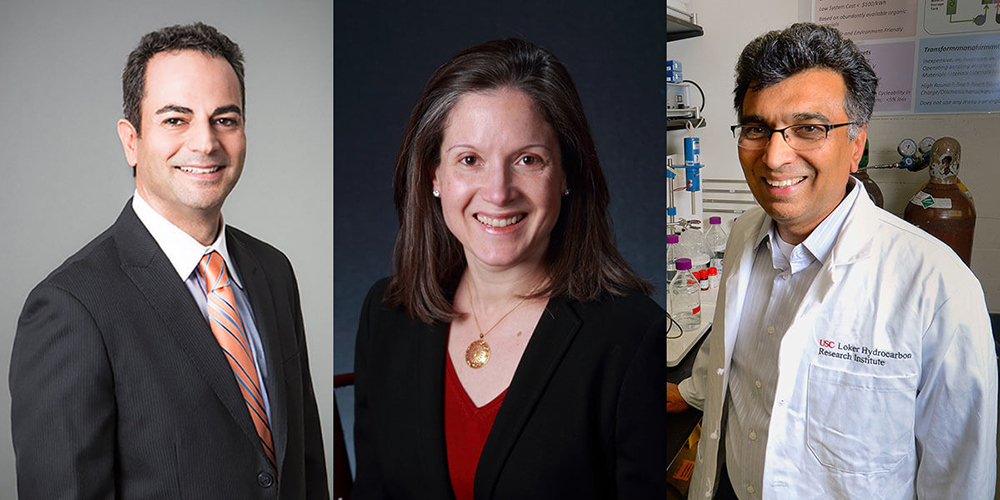 Congratulations to USC professors Andrea Armani, Sri Narayan, and Cyrus Shahabi, who have been elected as Fellows of the National Academy of Inventors, the highest professional distinction accorded solely to academic inventors. Dr. Armani and Dr. Shahabi are professors with the USC Viterbi School of Engineering and Dr. Narayan is a professor with the USC Dornsife College of Letters, Arts and Sciences.

Each year, the National Academy of Inventors presents this honor to inventors who have “demonstrated a highly prolific spirit of innovation in creating or facilitating outstanding inventions that have made a tangible impact on the quality of life, economic development, and welfare of society.” The NAI is an organization dedicated to recognizing, encouraging and enhancing the visibility of academic technology and innovation.

Drs. Armani, Narayan, and Shahabi are among this year’s group of 175 prolific academic innovators chosen as 2021 NAI Fellows. They will be formally inducted as Fellows in a ceremony at the 2022 Annual NAI Meeting. Read more about the innovations by the three USC professors in this USC Viterbi news story.

The latest NAI Fellow inductees are among 1,403 Fellows worldwide representing more than 250 prestigious universities and governmental and non-profit research institutes. Collectively, the Fellows hold more than 42,700 issued U.S. patents, which have generated over 13,000 licensed technologies, 3,200 companies and created more than 1 million jobs. In addition, over $3 trillion in revenue has been generated based on NAI Fellow discoveries.

USC is now home to a total of 21 NAI Fellows:

Please contact the Stevens Center at licensing@stevens.usc.edu if you would like to learn more about USC technologies invented by Drs. Armani, Narayan, and Shahabi that are available for licensing.