The USC Stevens Center for Innovation recently licensed technology developed at the University of Southern California to Lucid Circuit, a Santa Monica-based company.

Lucid Circuit is developing microchips for space-based geospatial analytics in small satellites. The company was launched in 2017 by USC Viterbi School of Engineering’s Information Sciences Institute researcher Michel Sika, who worked with the USC Stevens Center for Innovation to license a technology that is central to the company’s space applications. 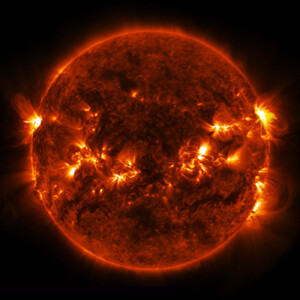 The commercialization of space, driven by lowered launch costs and cheaper satellites, is enabling companies to launch huge satellite constellations to satisfy a surge in demand for geospatial analytics. As explained by Sika, today’s space-sourced analytics are produced using data collected from small satellites, which are relayed and analyzed back on Earth. It can take up to several hours, or even days, before analytics become available. This large delay can present challenges for defense and public health, where seconds often matter. Moreover, as the pool of satellites increases, providing enough ground stations to support all the necessary data transfers will become unsustainable.

Lucid Circuit is designing Astrum [TM], a space robust machine learning microchip for small satellites that will address this problem by delivering real-time analytics from space directly to strategists. This capability will stave off the need for huge networks of ground stations and will be crucial for people who deal with emergencies, as it can help them save lives.

“Small satellites capture huge amounts of information that need to be sent back down to earth to run analytics,” explained Sika. “Unfortunately the download link is very slow and, to make matters worse, these small satellites are spinning around the earth really fast – so there’s only a small window when a satellite is within range of a ground station. It can require satellite-to-satellite communication, or lots of passes and lots of ground stations to download data from just one satellite.”

“And that’s not all,” added Sika. “You still need to collect data from all your ground stations spread throughout the world before you can even begin to process your analytics.”

Using a combination of the company’s machine learning radiation predictor, along with radiation protection technology developed at USC, Lucid Circuit’s AstrumTM microchips will be robust and power efficient, allowing small satellites to deliver analytics in real time, eliminating the need for large networks of ground stations, according to the company. This will be very beneficial in emergency situations where real-time analytics are essential.

“This license agreement with Lucid Circuit is a great example of USC research being translated into products for public benefit,” said Michael Arciero, director of technology licensing and new ventures at the USC Stevens Center for Innovation. “If Lucid Circuit develops the technology as planned, it will literally help save lives.”