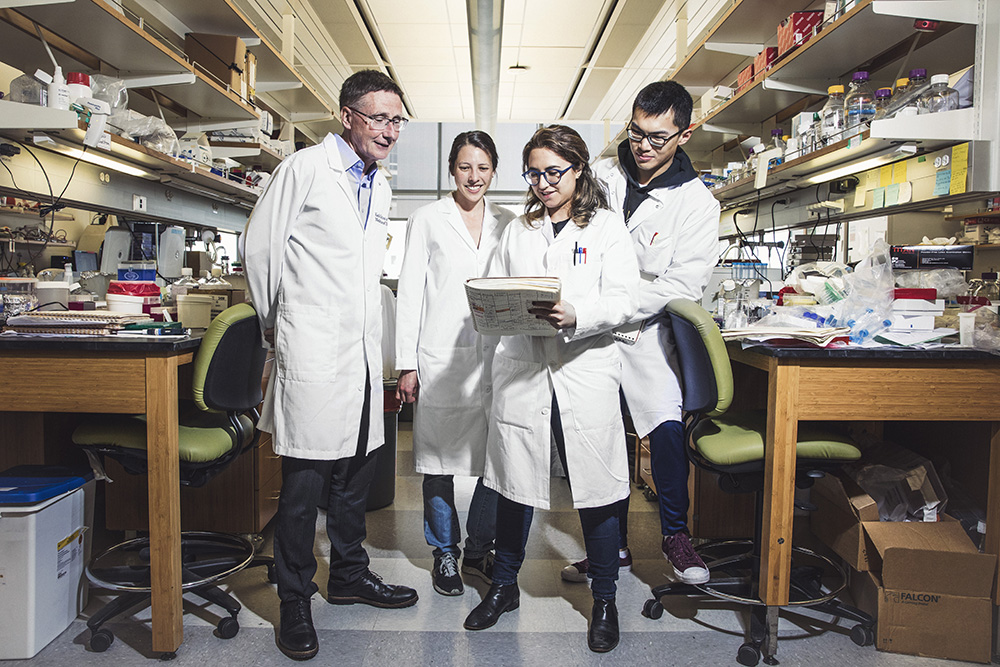 Kidney development is a balancing act between the self-renewal of stem and progenitor cells to maintain and expand their numbers, and the differentiation of these cells into more specialized cell types. In a new study in the journal eLife from Andy McMahon’s laboratory in the Department of Stem Cell Biology and Regenerative Medicine at the Keck School of Medicine of USC, former graduate student Alex Quiyu Guo and a team of scientists demonstrate the importance of a molecule called β-catenin in striking this balance.

β-catenin is a key driver at the end of a complex signaling cascade known as the Wnt pathway. Wnt signaling plays critical roles in the embryonic development of multiple organs including the kidneys. By partnering with other Wnt pathway molecules, β-catenin controls the activity of hundreds to thousands of genes within the cell.

The new study builds on the McMahon Lab’s previous discovery that Wnt/β-catenin can initiate progenitor cells to execute a lengthy and highly orchestrated program of forming structures in the kidney called nephrons. A healthy human kidney contains a million nephrons that balance body fluids and remove soluble waste products. Too few nephrons results in kidney disease.

Read the rest of the story on the Keck School of Medicine of USC website, where this information first appeared.

Please contact Bonnie Phan Wolfe, Licensing Associate, at bonniep@usc.edu if you would like to learn more about technologies developed in the McMahon Lab.