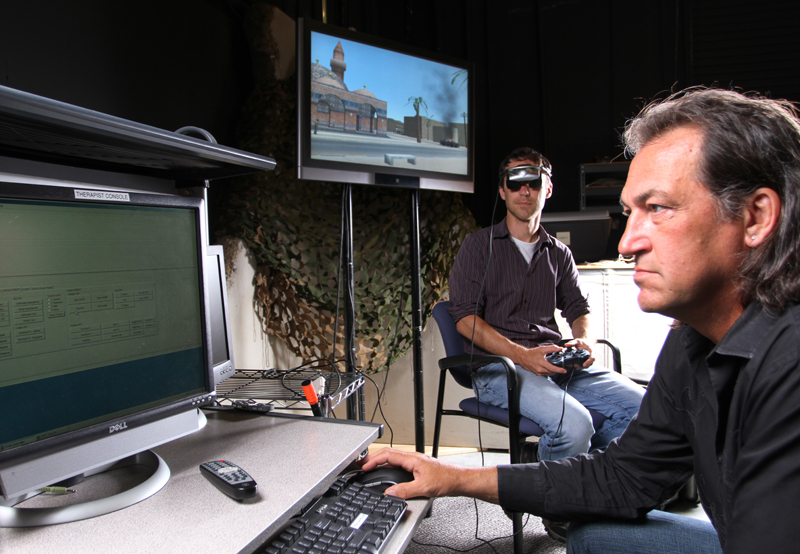 Bravemind is a clinical, interactive, virtual reality (VR) based exposure therapy tool being used to assess and treat post-traumatic stress disorder (PTSD). The assessment and treatment of PTSD is a major concern to the military because stressful experiences in today’s war-fighting environments have resulted in a significant number of soldiers returning from deployment being at risk for developing PTSD.

The Bravemind VR Exposure Therapy software was created at the USC Institute for Creative Technologies by Dr. Albert “Skip” Rizzo, Director for Medical Virtual Reality at ICT and Research Professor in the USC Davis School of Gerontology, and USC Keck School of Medicine Department of Psychiatry and Behavioral Sciences and Computer Scientist Arno Hartholt, who heads up the Integrated Virtual Humans and Art Production Group.

USC Stevens Center for Innovation has completed licenses for Bravemind to be used by several universities and hospitals, as well as private companies. This has helped to facilitate Bravemind’s dissemination, in addition to Dr. Rizzo’s research and testing over the last 12 years. Also, the software is available free of charge for non-commercial clinical use.